A temporary ileostomy was put in place till the bowel is healed. Yesterday when I came home from the hospital, I had the “urge” to use the toilet. I did not use it during my stay in the hospital.

I noted a large amount of mucous was discharged. From the articles I have read I have felt better knowing this is normal. However, my question is around colour. Mine was more of a red-burgundy colour vs brown that is most referenced. I have not noted bright red or coloured discharged without being in mucous form.

Thanks for your time.

You asked a very good question.

When you have a temporary ileostomy, the surgeon creates a bypass or diversion so the stool does not go through the entire large colon and out the anus. Instead, depending on the reason for surgery, the surgeon created a stoma to allow the stool to go out there.  The rest of the bowel/anus that has been bypassed is still “ alive” and is resting as no stool is going through it.  This portion of the resting bowel still produces mucus which helps slide the stool through the bowel, but since there is no stool going through the bowel and these bowel cells are still producing mucus which will end up coming out through the anus.  The amount of mucus and how often it comes out varies from person to person.

Since you just had surgery and this is your first mucus discharge, having some reddish colour mucus in normal.  Please monitor the mucus discharge as it should be less red and turn clear or putty-like.

If you have concerns, take a picture or get a sample to take to show your family doctor, surgeon or NSWOC nurse.

-Mucus discharge should be clear or putty colour,  however, since you just had surgery some reddish colour can be expected.

Thank you for your excellent question. 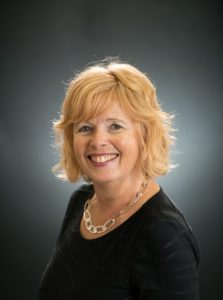 Our friends over at Nurses Specialized In Wound, Ostomy And Continence Canada [NSWOCC] (formerly called The Canadian Association for Enterostomal Therapy (CAET)) have renamed their handy look-up page on their website. It was formerly called “Find An ET Nurse” and is now called “Find a NSWOC“. Click on the image to the left or link here to go to their site. 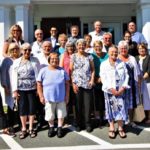